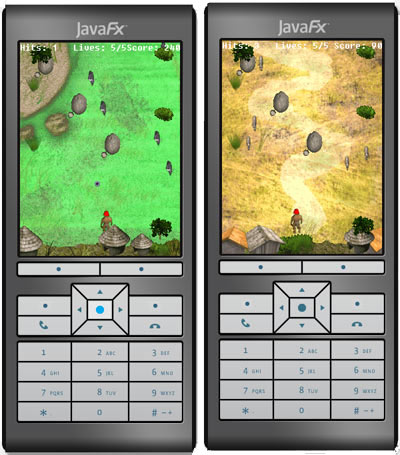 KIJIJI is a port of iWarrior for most j2me midp2.0 devices. It is code named the BIG FIVE. These big five beasts of the safari include the Rhino, Leopard, Buffalo, Lion and Elephant.
The game is made up of five stages in which the bushman protects his village from these beasts.

Use the traditional keys 4(move left),5(shoot or throw food), 6(move right) to control the bushman. and use 8 ( pause).

The Bushman is able to chant natural effects sush as thunder and lighting from bonuses he obtains.

Tested on the following devices

j2me version midp 2.0 are available for the following screen sizes